The meaning of social objects 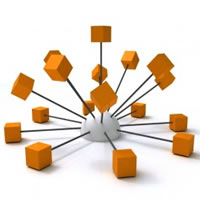 While doing some research today for some enhancements to a couple of my social networks, I came across an excellent presentation on Slideshare about Jyri Engeström titled “Social Objects”.

Social objects, as we may call the objects that mediate social activities, are often overlooked in the excitement about social software, in particular, social networking sites like LinkedIn and Facebook. Jyri Engeström, the founder of the social messaging software Jaiku, laments that too much focus in social design is on networking, and not the ever-present social objects that connect us all together – from the book Designing for the social web.

View a description and the presentation below that describes this.

the term ‘social networking’ makes little sense if we leave out the objects that mediate the ties between people. Think about the object as the reason why people affiliate with each specific other and not just anyone. For instance, if the object is a job, it will connect me to one set of people whereas a date will link me to a radically different group. This is common sense but unfortunately it’s not included in the image of the network diagram that most people imagine when they hear the term ‘social network.’ The fallacy is to think that social networks are just made up of people. They’re not; social networks consist of people who are connected by a shared object.

The social networking services that really work are the ones that are built around objects. And, in my experience, their developers intuitively ‘get’ the object-centered sociality way of thinking about social life. Flickr, for example, has turned photos into objects of sociality. On del.icio.us the objects are the URLs. EVDB, Upcoming.org, and evnt focus on events as objects.

Taken From: Why some social network services work and others don’t — Or: the case for object-centered sociality