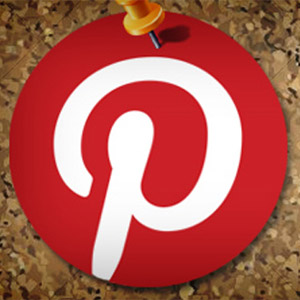 So what is Pinterest? Pinterest lets you organize and share all the beautiful things you find on the web. People use pinboards to plan their weddings, decorate their homes, and organize their favorite recipes and a whole lot of other interesting stuff. Now where exactly does this fit in with your social media marketing campaign? Mashable explains below.

As the new kid in town, Pinterest is poised to make some major waves in the social media scene. Facebook, Twitterand Google+, watch your backs.

A cursory examination of Pinterest site statistics reveals some interesting demographic information: Women are engaging on the social site with much more veracity than men. Currently, women make up about 82% of active users on Pinterest, according to Google Ad Planner.

As a general trend, women engage more on most social sites, including on Facebook and Twitter. Comscoresays women are the majority of social networking users, and spend 30% more time on sites than men. Plus, mobile social network usage is 55% female, according to Nielsen.

Is it the inherent nature of Pinterest that speaks to women? One might argue that Pinterest’s openness, its homepage feed an aggregate “board” of everyone’s pins, allows users to follow friends’ interests and plays to the female psyche. Many examinations have been made as to why this is the case. Some have proposed that women are simply more socially inclined than men, the posited difference being that men generally view social media as a tool — a means to gain information or access entertainment — while women more often use it to interact with others and build a community online.

Whatever the answer, the real question remains: What does all of this information mean for businesses using Pinterest as a marketing tool? After all, women account for 85% of all consumer purchases, everything from autos to health care.

Businesses use two primary marketing tactics to target women on Pinterest. The first, and perhaps most straightforward, is to use the platform to exhibit items or services that traditionally appeal to women.

In the case of Walkers Shortbread, Pinterest represents one of the company’s very first forays into social media. While the company does have Facebook and Twitter profiles, it found a better fit for its product on Pinterest. Tom Kupfer, account supervisor for PMG Public Relations, says, “It makes sense. Pinterest and Walkers are both popular among females. Nothing makes people want to buy shortbread like delicious shortbread photos. It’s a great way to reach others with an interest in food.”

Companies can also use Pinterest to selectively market their products. Core Performance, a proactive wellness company that specializes in training elite athletes, takes the female demographic into account when posting to Pinterest — by focusing on nutrition and the latest weight loss trends and recipes. In addition, Core Performance hired Tia Albright from wedding site The Knot to oversee its content strategy and to ensure its flavor appeals to women in particular.

Another tactic for successful marketing on Pinterest and other social consumption sites involves creating an environment that fosters positive associations with a company, rather than directly selling products and services. This has the added benefit of falling in line with “pinning etiquette,” which maintains that shameless self-promotion is frowned upon.

Rachael Cook, founder of The Yogipreneur, uses this tactic in her marketing strategy. “If I were only to have links back to my site, it wouldn’t work as well as if I also reveal my own likes and interests to the community,” she says. By creating a communal environment, Cook can grow her personal brand while making potential clients feel welcome and comfortable. To her, this new wave of social sites is all about creating an experience and building a community rather than performing direct marketing. And by sharing other user’s pins, she shows a willingness to reciprocate what she calls “mini-endorsements.”

Are these marketers the cause or the result of the primarily female demographic on Pinterest? The answer is both. Women, who tend to be much faster at adopting new social media, set the trend. Then, marketers review site user demographics and tailor their approaches accordingly. Thus, these sites, though not inherently female, become a haven for women on the Internet, with products, content and images tailored specifically for them.

Looking forward, it would not be surprising to see these trends continue on the majority of social sites. Social media, and particularly marketing via social media, seem to be very influenced by the old mantra: Ladies first.