How to Host a Google+ Hangout on Air 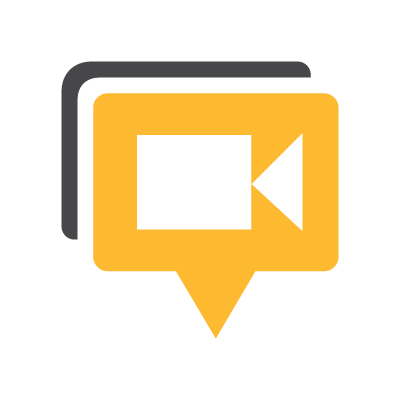 Google+ is different from Facebook: organizing your friends, family, acquaintances and colleagues into different Circles, and meeting them in Hangouts. Google+ almost gives you a sense of many different social media platforms and their features in one place. It will become a big role player in Social Media Marketing when we look at the Google+ Pages. Below is an article I found on Mashable on how to host a Google+ hangout on air.

While some critics have called Google+ a social networking fail, one of its features has emerged as a clear winner: Hangouts.

The video chats not only connect small groups, but have also become an important broadcast platform with Hangouts on Air. Available to select accounts in early 2012, Hangouts on Air has been gradually rolling out to all users since May.

Household names from Barack Obama and the Dalai Lama to Tyra Banks and the Muppets have connected with fans via Hangouts on Air.

Now, even users who haven’t logged years of on-camera experience are getting ready for Google+ prime time. And the question is: How do you host a good Hangout on Air?

We talked with seasoned Hangout broadcasters about their experiences with the platform. Here are some of their best tips for hosting a Google+ Hangout on Air.

The way you look and sound can impact any presentation. When broadcasting to the world on Google+, it’s important to make sure your appearance and delivery are in top shape.

The keys to setting your stage are sound, lighting, image and background:

Of course, many other tools can help improve your Hangout appearance. But you may not need to shell out for all the bells and whistles. “Hangouts work well in lots of environments, so you can really make the most of out whatever you have around,” says Musk.

It’s also important to note that a Hangout on Air won’t begin broadcasting until you click “Start broadcast” from within the Hangout window. This gives you ample time to double-check sound, lighting and picture before you go live to your audience.

The best way to keep viewers engaged is to focus on subject matter that provides value. This means covering topics you’re knowledgeable and passionate about in a way that’s relevant, useful and intriguing to your audience.

When it comes to presenting on video, don’t ignore voice inflections and body language. Hangouts create great opportunities to draw people in with your enthusiasm for a topic or activity. Musk says her love for making music inevitably helps her build an audience. “I’m bursting out of my Hangout window with so much joy every time,” she says. “I think we all get swept up in it!”

Cohen likes that Hangouts provide access to people who are experts in their fields. “I believe we all want to improve, and the best way to do it is to follow those who walk the walk,” she says.

But Hangouts allow viewers to do more than just follow thought leaders. They enable audiences to get to know the presenter — and vice versa.

Hangouts on Air can be broadcast to any number of viewers, and up to 10 people at a time can join the video chat. It’s important to bring these participants into the Hangout by asking them questions and encouraging dialogue.

“It’s a two-way communication,” Cohen says. “This is not TV. People don’t join the Hangout just to watch you talk — they want to interact.”

KOMU-TV reporter Sarah Hill has a similar philosophy. She uses Hangouts during her live TV broadcasts to spark conversations about the news, giving Google+ users worldwide an opportunity to speak their minds in front of her larger television audience.

“Hangout technology is already transforming how newsrooms do live news coverage because it punches through the TV glass and enables the viewers to ask real-time questions about what they’re seeing,” Hill wrote in a blog post. “If [reporters are] smart, we’ll encourage this kind of viewer interaction during a live broadcast.”

But what about the other tens, hundreds or thousands who might be watching your Hangout? Cohen recommends starting conversations with comment threads and polls before, after and during the Hangout. She cites the Versus War on Drugs debate as an example. “Viewers on their YouTube channel during the debate were commenting, voting and interacting in real time,” Cohen says. “It was really impressive.”

With only a few months of all-user access under its belt, Hangouts on Air is still a new feature. There are many topic areas and show formats that have yet to be explored.

“There’s an awesome opportunity to start something and be the first one,” says Musk.

Whether you’re looking to pioneer a web travel show or enhance your work like Hill, now is a good time to get started.

“The genuine enthusiasm of someone sharing something they love connects in such a human way,” says Musk. “The possibilities are endless.”